Today’s paper is from the latest issue of Development and investigates the mechanisms of lizard tail regeneration, revealing distinct cell behaviours in the proximal versus distal regenerating tail. Today’s person is Thomas Lozito, Research Assistant Professor at the Center for Cellular & Molecular Engineering, University of Pittsburgh, and co-author with Rocky Tuan. 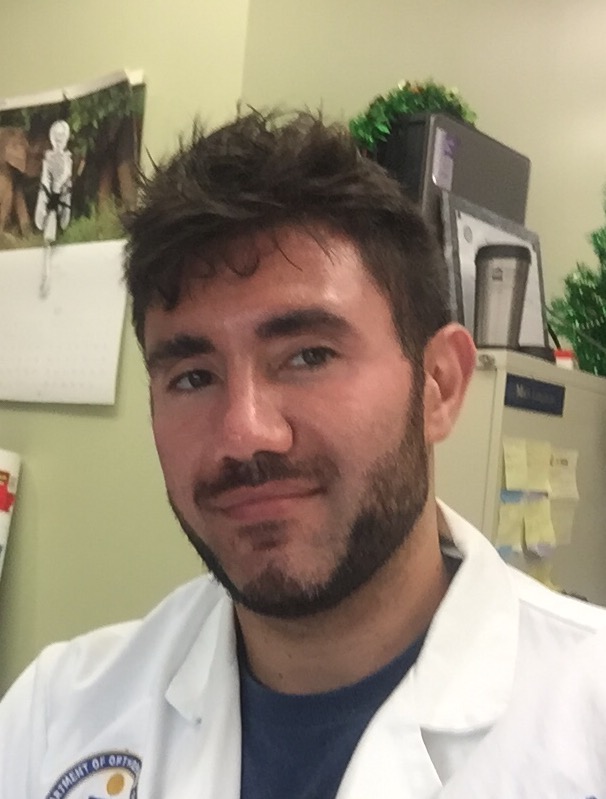 So Thomas, tell us a little bit about yourself: how did you come to work in the Center for Cellular & Molecular Engineering (CCME) in Pittsburgh?

I actually came to the CCME with my mentor, Dr. Rocky Tuan, when he moved from the National Institutes of Health (NIH) to the University of Pittsburgh in 2009. I attended the graduate partnership program between the National Institutes of Health and the University of Cambridge. I spent the first part of graduate school at Cambridge, and finished up in Rocky’s lab at the NIH. As I was writing up, Rocky accepted a position as the director of the CCME at the University of Pittsburgh, and asked if I would like to come with him as a Post Doc. So I moved to Pittsburgh, first as a Post Doc, and then as a Research Assistant Professor.

What is the general focus of your work within the CCME?

“Turns out no one knew why lizards regenerate cartilage instead of bone, so that’s where I started.”

How was this particular project conceived?

I’ve always been interested in lizards. In fact, herpetology has been a hobby of mine since I was 4 years old. I started with box turtles, and I maintained a small colony in my back yard. Over the years, I’ve kept and bred many different kinds of reptiles and amphibians, including poison dart frogs, monitor lizards, and geckos. As I was approaching the end of my Post Doc, I started to think about what type of research direction I would like to build a career on. Coming from Rocky’s lab and studying cartilage biology, I immediately thought of lizard tail regeneration because the regenerated lizard tail skeleton is almost completely cartilaginous, not bone like the original tail skeleton. Turns out no one knew why lizards regenerate cartilage instead of bone, so that’s where I started.

People will be familiar with salamanders as models for regeneration, but perhaps not so familiar with their lizard cousins. Why use lizards?

Lizards represent an interesting, yet underused, model organism with potential applications to regenerative medicine. As amniotes, lizards are more closely related to mammals, and yet retain impressive regenerative capabilities. Thus, studies involving lizards may be more relevant to improving human regeneration than work done with urodeles (newts and salamanders), the model organisms traditionally used to study vertebrate regeneration. Indeed, several aspects of the urodelian (salamander) life cycle, particularly those pertaining to the larval stage of metamorphosis, are at odds with those of higher vertebrates. In fact, the urodele species most commonly used in regeneration studies, the axolotl salamander, exhibits neoteny, typically never metamorphosing from its larval form. The absence of a larval form in mammals makes meaningful comparisons with salamanders difficult. Lizards, on the other hand, follow a similar developmental plan as mammals and are able to regenerate their tails as adults, making lizard regeneration particularly attractive from a biological and developmental standpoint.

“Lizards are very alert and surprisingly social. They constantly display to one another for territories and dominance, and they definitely watch you as you work and during maintenance”

And what are lizards like to work with as a model organism?

As a hobbyist, working with lizards is second nature to me, and they are very interesting animals. Most only eat live insect prey, so keeping lizards means also keeping feeder insects like crickets. And the lizards are very alert and surprisingly social. They constantly display to one another for territories and dominance, and they definitely watch you as you work and during maintenance. On the science side, working with lizards comes with challenges, since many primers and antibodies aren’t validated for lizards or reptiles. But the challenges make for an exciting research project, I think.

Could you sum up the key results of the paper in a few sentences?

In investigating regenerated lizard tail cartilage, we noticed that the extreme proximal cartilage in contact with the original tail skeleton ossifies, while the rest of the regenerated cartilaginous skeleton does not. In this paper, we described that these differences in cartilage development between the two areas are due to differences in cell sources and signalling. Proximal cartilage forms from periosteal cells in response to signals from the original tail bone, similar to a cartilage callus during fracture repair, while the distal cartilage forms from blastemal cells in response to signals from the regenerated spinal cord.

When doing this research, was there a particularly exciting result or eureka moment that stuck with you?

We did some experiments with lizard spinal cord implants. Spinal cords pieces were subcutaneously implanted along the tails of lizards. Wherever a spinal cord piece was implanted, an ectopic tail grew. That was fascinating, and really showed that, in terms of lizard tail regeneration, it’s the spinal cord that provides the regeneration spark.

And what about the flipside: any particular moments of frustration?

Isolating primary cells from lizards, which harbour a lot of bacteria and fungi on their scales, always runs of risk of contamination. We try to be as careful as possible, and take the necessary precautions, but there was a period of several months that every lizard cell isolation got contaminated. That was very frustrating.

“I hope that lizards can teach us new ways to improve mammalian regeneration.”

What can lizards teach us about regeneration in general?

I hope that lizards can teach us new ways to improve mammalian regeneration. As I mentioned, in sparking regeneration in lizards, it basically comes down to the spinal cord, which provides the regeneration spark, so to speak. Mammals like mice don’t have spinal cords in their tails as adults, and can’t regenerate their tails. Is getting a mouse to regenerate its tail as simple as making a mouse with a spinal cord in its adult tail? Probably not, but we can start looking to lizards to see what else they have that is lacking in mammals and that is involved in regeneration.

Is there a particular loose end or unexpected result that you’d like to get to the bottom of?

And what are you working on now?

I just got an R01 grant from NIGMS to answer the question “Why don’t lizards regenerate perfect tails like salamanders?”. Regenerated salamander tails are near-perfect copies of their tails, complete with dorsoventral patterning and segmentation. “Imperfect” regenerated lizard tails, on the other hand, lack dorsoventral patterning and do not segment. As part of the grant, I’m trying to identify the molecular and cellular reasons behind these differences, and ultimately use genome-editing technologies like CRIPR/Cas9 to correct some of the “imperfections” in regenerated lizard tails by introducing patterning and segmentation.

What do you like to do when you’re not surrounded by lizards?

Since my hobby is still herpetology, a good portion of my spare time is also spent surrounded by lizards and frogs! I currently keep several types of geckos and frogs as pets. But I am basically interested in all animals. Wherever I travel, I try to visit the local zoo, and most of my vacations are of the “ecotourism” sort where I try to observe some exotic animals in their natural habitats. For example, I went to Costa Rica and Panama a couple years ago to see some of their endangered frogs. And this year I visited Crystal River in Florida to see and swim with the manatees. Closer to home, I enjoy movies, especially super hero movies, and spending time with friends and family, especially when it involves good food.

Tags: The People behind the Papers
Categories: Highlights, Interview