Today we feature an upcoming paper in Cell Stem Cell that investigates the role of Schwann cell precursors in the multi-tissue regeneration of the adult mammalian distal digit tip.  We caught up with lead author Adam Johnston, who carried out the work in Freda Miller’s lab in the Hospital for Sick Children in Toronto, and has since started his own lab in the University of Prince Edward Island. 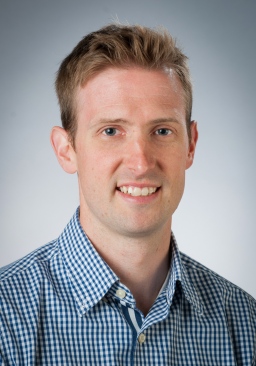 So Adam, can you tell us a little about your previous research and university life leading up to the paper?

You could say that I have always been interested in tissue regeneration and have explored this in a variety of systems. Prior to joining Freda’s lab, my work at York University with Dr. Tom Hawke and McMaster University with Dr. Gianni Parise was largely focused on skeletal muscle physiology, muscle stem cell activity and factors that regulate muscle repair. During this time, I also became very interested in cellular cross-talk mechanisms and how the many cell and tissue types found within skeletal muscle function in a coordinated manor to achieve tissue repair and homeostasis. In a general sense, this type of thinking is ultimately what we applied when approaching the digit regeneration experiments.

“Freda Miller has a talent for recruiting individuals with unique backgrounds and skill sets in a melting pot of talent.”

Your paper was published when you were in Freda Miller’s lab in Toronto. What are the broad aims of the Miller lab and how did you fit into it?

The Miller lab is an incredibly dynamic place to do research and I consider myself privileged to have had the opportunity to do so. Freda’s research program primarily concentrates on developmental neurobiology as well as tissue regeneration/stem cell biology with many projects drawing parallels between the two fields. In addition, our group worked very closely with Dr. David Kaplan who focuses on cancers of the nervous system in addition to development. Freda has a talent for recruiting individuals with unique backgrounds and skill sets in a melting pot of talent. Being able to collaborate with my coauthors (i.e. Dr. Scott Yuzwa, Dr. Matt Krause, Matt Carr) was fundamental to this project and made for a great lab environment. Personally, I have considerable experience on IHC, cell sorting and animal work which fit well with many of the approaches utilised in the investigation.

And how was this particular project conceived?

Prior to this work, we published a manuscript that described the function of Schwann cell precursors in skin regeneration; a project I proudly say we stumbled into looking for something else altogether different. Based on these findings, we had an inkling that these cells may play a broad role in tissue repair which led us to investigate digit regeneration, a structure with robust regenerative capacity which is poorly understood. Freda always says “It is just as difficult to ask a big question, as it is to ask a small one” and I think that “big picture” approach resonated throughout the development of this project.

What was known about the nervous system in regeneration prior to your work?

The concept that nerve innervation is important for tissue repair is actually not a new one. The best described work to date focuses on nerve derived signals in the incredible regeneration observed in newts and salamanders. In part, these fascinating studies sparked our interest in regeneration as they actually demonstrated a functional role for Schwann cells as well as nerve axon –derived signals in limb regeneration. In mammals, it is also appreciated that nerves are necessary for the repair of many tissues (i.e. skeletal muscle) and regulates the activity stem cell populations (i.e. epidermal stem cells, HSCs). What was less understood is the mechanisms by which nerves play such an important role.

“Digit tip regeneration is one of the only examples of true multi-tissue regeneration that is possible in mammals (and even humans), and is contingent upon nerve innervation.”

Could you sum up the key results of your paper in a few sentences?

Our manuscript focused on the mammalian digit tip, a structure that has an incredible ability to regenerate following amputation. In fact, it is one of the only examples of true multi-tissue regeneration that is possible in mammals (and even humans) and is contingent upon nerve innervation. We demonstrated that cells which normally function to support nerve axons undergo de-differentiation into a precursor state (Schwann cell precursors) in response to digit amputation and dissociate from the axons. Surprisingly, these cells move into the regenerating “blastema” (area of regeneration) and intermix with the resident mesenchymal precursors where they secrete paracrine factors to enhance cell proliferation and subsequent digit regeneration. Not surprisingly, one of these factors was PDGF-AA, however, we also identified oncostatin M as a major regulator or regeneration which has not been shown before.

When doing this research was there a particularly exciting result or eureka moment that stayed with you?

I think this happened on a monthly basis and none of us thought the experiments would actually pan out! All kidding aside, one of the final experiments that we completed for the study was to exogenously transplant cultured Schwann cell precursors into the regenerating digits of mice that were deneravated (and regenerate poorly) in an attempt to rescue the associated defects. We all thought it was a long shot due to the technical nature of the experiments, however, due to the efforts of a very talented MD/PhD student (Matt Carr) the cells engrafted, rescued the regenerative defects, and thus, we were able to establish a definitive role for Schwann cell precursors in this process.

And what about the flipside: any particular moments of frustration or despair?

In the investigation we utilised over a dozen transgenic mouse strains, some of which required double or triple backcrossing to generate. At times it made me wonder how many manuscripts were delayed due to the reproductive habits of mice!

“Our long term aspirations are focused on identifying what is special about the blastema or “regenerative environment,” with the goal of using this information to improve tissue repair”

Does your work have any implications for human regeneration?

Interesting question; in fact, human digits also possess the ability for regeneration (if amputated distal to nail bed) and without embarrassing any of my former lab mates, we know this information through first-hand experience (pun intended!). However, our long term aspirations are more focused on identifying what is special about the blastema or “regenerative environment” with the goal of using this information to improve tissue repair.

You’ve just started your own lab at the University of Prince Edward Island in Canada: how are you settling in?

I am beginning to settle in nicely and learn the ropes of becoming a “PI”. By making the jump to an academic position, I have lots of different responsibilities compared to being a postdoc, but I also really enjoy mentoring trainees and get on the bench as much as possible. The University of Prince Edward Island is a smaller school but still has a dedicated research community and lots of opportunity to collaborate with both academic and industrial partners.

What can we look forward to hearing about in the upcoming years?

My goal is a build a laboratory that leverages all the unique training experiences I have encountered through my graduate studies and postdoctoral work. We will still focus our efforts on understanding mechanisms of tissue repair and regeneration but my lab is also actively engaged in delineating how we can utilise exercise as a modality to enhance the stem cell niche to improve repair.

“If you have never been to Prince Edward Island you are missing out on fine seafood, beaches and very kind residents”

And life on Prince Edward Island?

If you have never been to PEI you are missing out on fine seafood, beaches and very kind residents. I am originally from the Island of Cape Breton in Nova Scotia, so PEI was not a big adjustment for me and it is great to be closer to friends and family.

And finally, what do you like to do when you are not in the lab?

My wife and I really enjoy outdoor activities such as hiking and running and I have also been an avid guitar player for a number of years.