The San Francisco Declaration on Research Assessment (DORA) was conceived in 2012 at an ASCB meeting, and has since its launch in 2013 has garnered thousands of signatories from individuals and organisations. Its aim is to improve the way in which the quality of research output is evaluated, with a key

recommendation being the elimination of journal-based metrics by funding agencies, institutions and publishers when judging research and researchers.

This year, DORA has had something of an upgrade: with the support of organisations including the Company of Biologists (the not-for-profit publisher that runs Development and funds the Node!), DORA now has a full time Community Manager Anna Hatch, a new steering committee, and a new website.

To find out more about these developments, we caught up with Stephen Curry, who chairs the DORA steering committee and is Professor of Structural Biology and Assistant Provost for Equality, Diversity and Inclusion at Imperial College London. 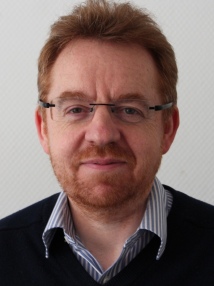 Hi Stephen! Can you tell us a bit about your science?

I’m a structural biologist and primarily use protein crystallography to work out the three-dimensional structures of interesting macromolecules. My main research efforts have been focused on virus and host-cell proteins involved in the replication of RNA viruses – principally foot-and-mouth disease virus and noroviruses. But I am in the process of winding down my research lab so that I can concentrate on other interests (discussed below) and my new role as Assistant Provost for Equality, Diversity and Inclusion at Imperial College.

You’re also passionate about science advocacy and communication – you are Vice Chair of the Science is Vital campaign group, contribute to The Guardian’s science blog Occam’s Corner, and have 16k followers on Twitter. Has this side of science – away from the lab bench – always been important to you?

It’s always been important but I’ve only really been properly active in this space since 2008 when I started my blog. I found that writing about science really made me think about what it means to be a scientist in 21st century Britain and that led me to learn a lot about scientific publishing and research funding, both of which are tied in rather convoluted ways to the business of research assessment. I have enjoyed getting involved in these debates and in campaigns to bring about positive change. Being involved in Science it Vital right from the very beginning has been a fantastic lesson in what can be done with modern communication tools if you just knuckle down and get organised.

You were one of the original signatories to DORA – why was DORA necessary in 2013?

It was already overdue in 2013. I wasn’t involved in the formulation of the declaration but was invited to sign prior to the launch and didn’t hesitate to do so. I had already become aware of the perverting effects of journal impact factors on science and scientists’ careers. And I knew that many other people shared my concerns. My 2012 blogpost, Sick of Impact Factors, remains on of the most ‘popular’ that I have ever written. It clearly struck a nerve.

And what do you think has been achieved in the years since then?

DORA has been really helpful in re-focusing the conversation on how the scientific community does research assessment. Without anyone designing the system, journal metrics have been co-opted for the evaluation of individuals to such a degree that publication in certain tiles (infamously Nature, Cell and Science in the biomedical sciences) are now seen as the key to success. DORA has helped to challenge that view – though we should certainly be mindful of parallel work on the Leiden Manifesto and The Metric Tide report (on which I was a co-author). So I think there is much greater awareness of the nature of the problem now and even some tentative steps to address it.

So what’s new – what does DORA’s new lease of life entail?

What’s new is that DORA now has a much higher level of material and financial support (from 9 organisations: ASCB, Company of Biologists, CRUK, eLife, EMBO, F1000, Hindawi, PLoS, and Wellcome). That has allowed us to hire a full-time community manager (Dr Anna Hatch) and refresh the steering group, which I now chair. We’ve also refreshed out web-site and have a new, easy-to-find URL (sfdora.org). This will allow us to raise the profile of DORA – we mean to get the word out much more proactively – but we are also determined to make a renewed effort to ignite the discussion around what constitutes robust and effective research assessment. We know that to change practice we need to figure out practical ways to help busy reviewers sift through job and grant applications and CVs without falling back on mis-use of the JIF.

Personally, what has it been like to be involved with DORA – is it challenging to get consensus from such a broad group of scientists and organisations?

There’s a lot of work to do because there is always resistance to change. DORA is not out to name and shame people or organisations that haven’t signed. But we want to challenge them to think about research assessment and do what we can to help them find a way forward. We aim to do a much more comprehensive job of discovering and disseminating good practice from around the world.

Why (and how) should young researchers get involved in DORA?

Because bad research assessment leads to bad research. DORA’s focus on improving research assessment fits very well with the ambitions that first attracts early career researchers to research: to understand and change the world. We will do that best if we are doing a proper job of recognising and rewarding the best research. That’s not just about publishing the best science (irrespective of journal name), but also meshes with parallel concerns about open science, data and code sharing and efforts to address deepening concerns about reproducibility, which are at least partly due to our over-reliance on metrics such as the JIF for judging individuals. However, we cannot simply expect young researchers to take the responsibility for change; it is up to the old guard (people like myself) and organisations like DORA to provide real support.