Last September the Company Of Biologists organized an exciting three-day dive into the biology of human stem cells and their use to study human development and regeneration (look out for the full meeting report in Development, coming soon, and Katherine Brown’s post on the Node). Some of the scientific work presented at the meeting was extremely compelling. With the induced Pluripotent Stem Cell (iPSC) technology that allows the generation of human stem cells from somatic cells without destroying an embryo, experiments that were confined to science fiction not so long ago are now being carried out rather routinely in labs. For example, in Dr Nakauchi’s lab rat organs are grown in mice and vice-versa, the ultimate goal being to grow human organs in large vertebrates such as pigs to transplant them into patients requiring organ transplants. But such ground-breaking work challenges our current biological and moral definitions. Is it ethical to break the species barrier? Do human/non-human animal chimeras blur the distinction between humans and animals? How does that affect human dignity and the dignity of other species? This pioneering line of research also challenges our regulatory codes. As the 2006 and 2008 ISSCR’s guidelines for stem cell use are both currently being revised, it would seem particularly timely to think about what comes next in terms of regulations to accommodate these new technical and conceptual advances. What particular techniques and topics require our attention? Can we foresee what these new techniques will allow us to do and how to leave room in the regulations for that?

To discuss the ethical questions surrounding this emerging field, Dr Hermeren and Dr Hyun held a very interactive session entitled “Ethical Aspects of Stem Cell Research”, chaired by Dr Austin Smith. In this piece, I will try to convey some of the points of debate that arose from the speaker’s presentations, the stories shared by the panel and the questions from the audience. 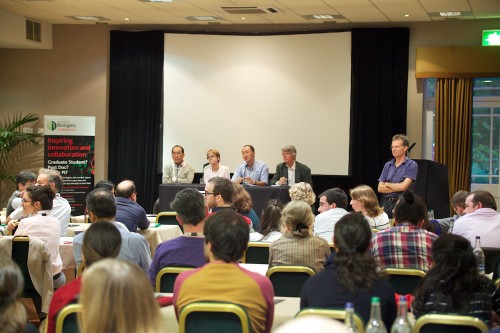 One of the points that raised particular attention was crossing the species barrier, especially in light of the fascinating work conducted by Dr Nakauchi, who joined the discussion panel during the session. Another example is the work of Dr Goldman, who engrafted human glial progenitors in mice, altering their cognitive ability. What is the status of such humanized chimeric animals? As Dr Hyun appropriately put it: if we build a gas station with stones from a cathedral, does it make it a cathedral? Is there a distinction between biological humanization and moral humanization? How does that alter animal welfare? What are the biological and moral significance of the presence of animal cells in human organs grown in non-human hosts if transplanted back to a patient?

Related to Dr Nakauchi’s work, a question from the audience sparked a very interesting discussion: how is his research perceived by the general public in Japan? He explained that at first, the experiments he was carrying out in his lab, namely generating cross-species chimeras in the hope of growing human organs in large mammals, were regarded with circumspection. Then, he started communicating his research to the general public and explaining the ultimate goal: generating human organs using the patient’s own cells to compensate for the shortcomings of organ donations and allow organ transplants without the need of immunosuppressive therapy. Communication really changed the public’s perception of his experiments for the better. After a few questions and answers, a consensus arose in both the audience and the panel: it is crucial to actively communicate, not merely react, about the new lines of research involving human stem cells, in order to make the public appreciate their use and dissipate misconceptions.

Another point raised during the discussion with the speakers was the availability of human embryos. Dr Rossant, also part of the panel, explained during her research presentation that early human development is mainly studied with embryos obtained by in vitro fertilization (IVF). However, these embryos are not an ideal material since they have exclusively seen an in vitro environment. It was therefore discussed whether we should consider creating human embryos exclusively for research use. Also, for how long should these embryos be allowed to grow in vitro? Current regulations allow a period of 14 days but this significantly restricts the developmental stages that can be studied. This also brings more basic questions such as the real definition of an embryo both morally and biologically. 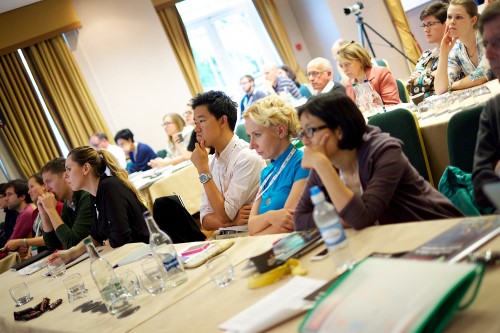 Another novel ethical question that arises with iPSCs is informed consent from the patient. Numerous tissue banks have been created over the years, many before it was even imaginable to create human stem cells from somatic cells. Patients gave up their rights on surgical discards that can now be used to create an immortal embryonic cell line that co-exists with the patient. Those embryonic cells could one day, and maybe not so far ahead in the future, be used to generate an organ or another human being carrying the same genetic information. Who is then the study subject? The patient? The immortalized cell line that carries his/her genome? It is also interesting to think about the rights of the donor. Could he/she forbid the use of the tissue he/she consented to give for the generation of an iPSC line? Furthermore, with the refinement and wider use of whole genomic studies, how to proceed when pathological genetic mutations are found in patients-derived cell lines? Should the donor be informed?

All the new ethical questions discussed above relate to how research on human stem cells is perceived and regulated from the outside. However, there is a more internal aspect to this ground-breaking research: how can researchers keep this line of work ethical? What is research integrity? In the light of recent reports of fraudulent research involving stem cells (most notably the STAP matter), it seems timely to reflect on what is good research practice and how common are the deviations. Why are researchers tempted to deviate? What really constitutes fraud? On that topic, Katherine Brown, Development’s executive editor, was asked about what exactly constitutes plagiarism: is reproducing our own published work plagiarism? What happens when there is only limited ways to describe a method?

From this meeting, it was compelling to see that the use of human stem cells has emerged as an incredibly powerful tool to study human development and human regeneration. Hence, ethics sessions where researchers, regulators and publishers can discuss the next steps appear crucial to define how they want to conduct their research, how regulations should accompany these new technical and conceptual advances, and how to communicate to dissipate general public’s misconceptions.