The last day of the ISDB saw also the last plenary session. One of the highlights of this session was also a talk by Patricia Delgado. Patricia works on the molecular and evolutionary basis of butterfly wing patterning. Her talk included beautiful pictures of butterflies, including an image (not from her lab) of the alphabet written on naturally occurring butterfly wing patterns.

There were two more concurrent sessions, before a few free hours in the afternoon. This being the last day in Cancun, and such a sunny day as well, conference attendees could probably be spotted in every pool/beach in Cancun! Everyone was then back to the conference center for the conference dinner. But a surprise expected us: by the entrance were three actors dressed in quite impressive mayan-inspired outfits! It became the thing to do, to take photos with them. Not even Nobel prize winners were immune, as Martin Chalfie was spotted posing! 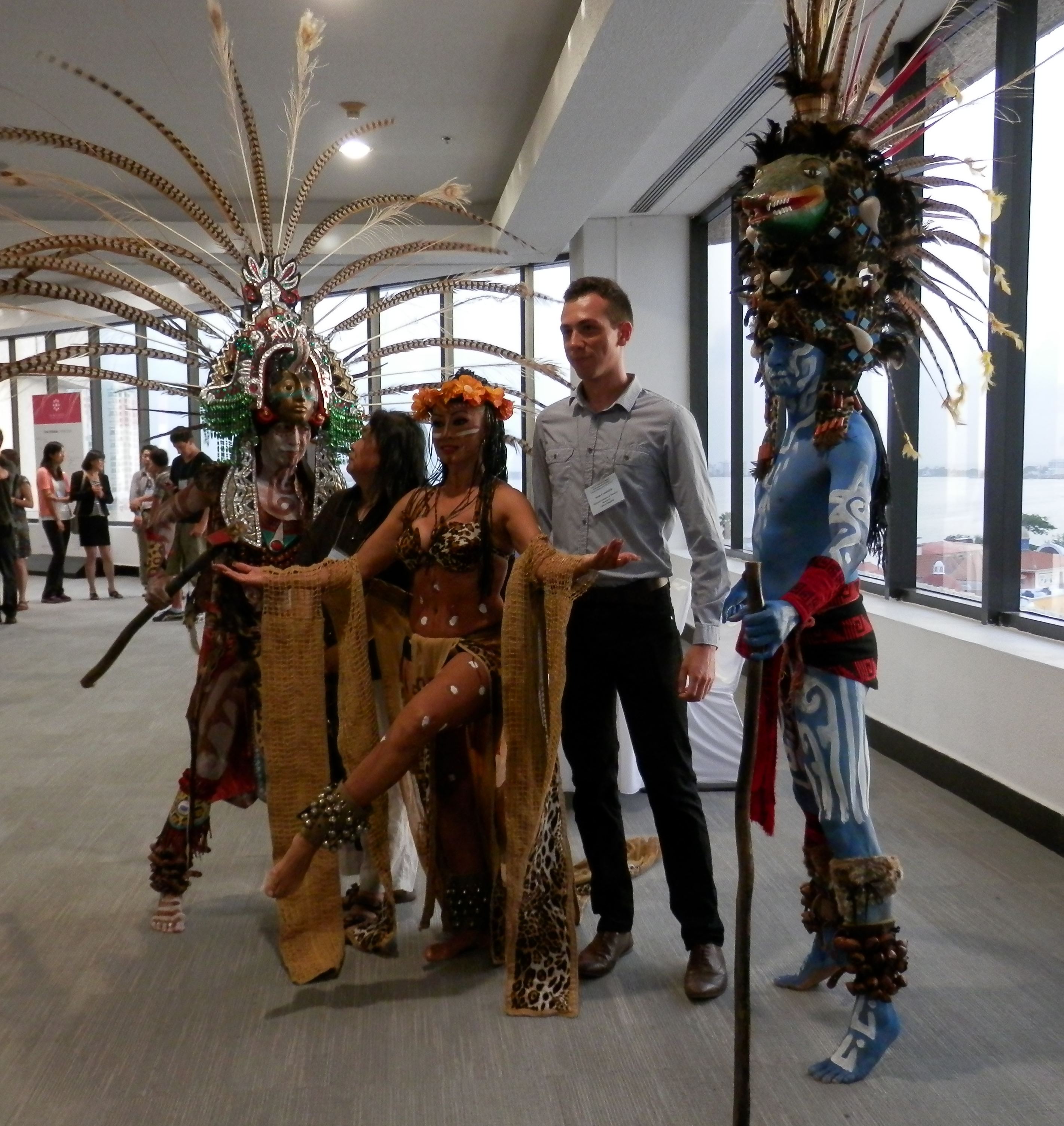 The conference dinner then took place, and included the poster prize award ceremony. With three different organisations giving prizes, a lot of the students and postdocs saw their work recognized at this meeting. As is the tradition here on the Node, the winner of the poster prize at the BSDB, Aditya Saxena (who we interviewed a few weeks ago) interviewed the winner of the SDB poster prize, Kara Nordin- so look out for this interview here on the Node soon! The band then took over, and the combination of alcohol and music had the effect that it always has- a lot of scientists on the dance floor!

Although it is sad to see the end of this meeting, and leave the sunny Cancun, there is definitely something to look forward to: it was announced today that the next ISDB meeting in four years time will take place in Singapore, where the new ISDB president, Phil Ingham, is based. It seems that developmental biologists know how to choose good locations to hold their meetings! 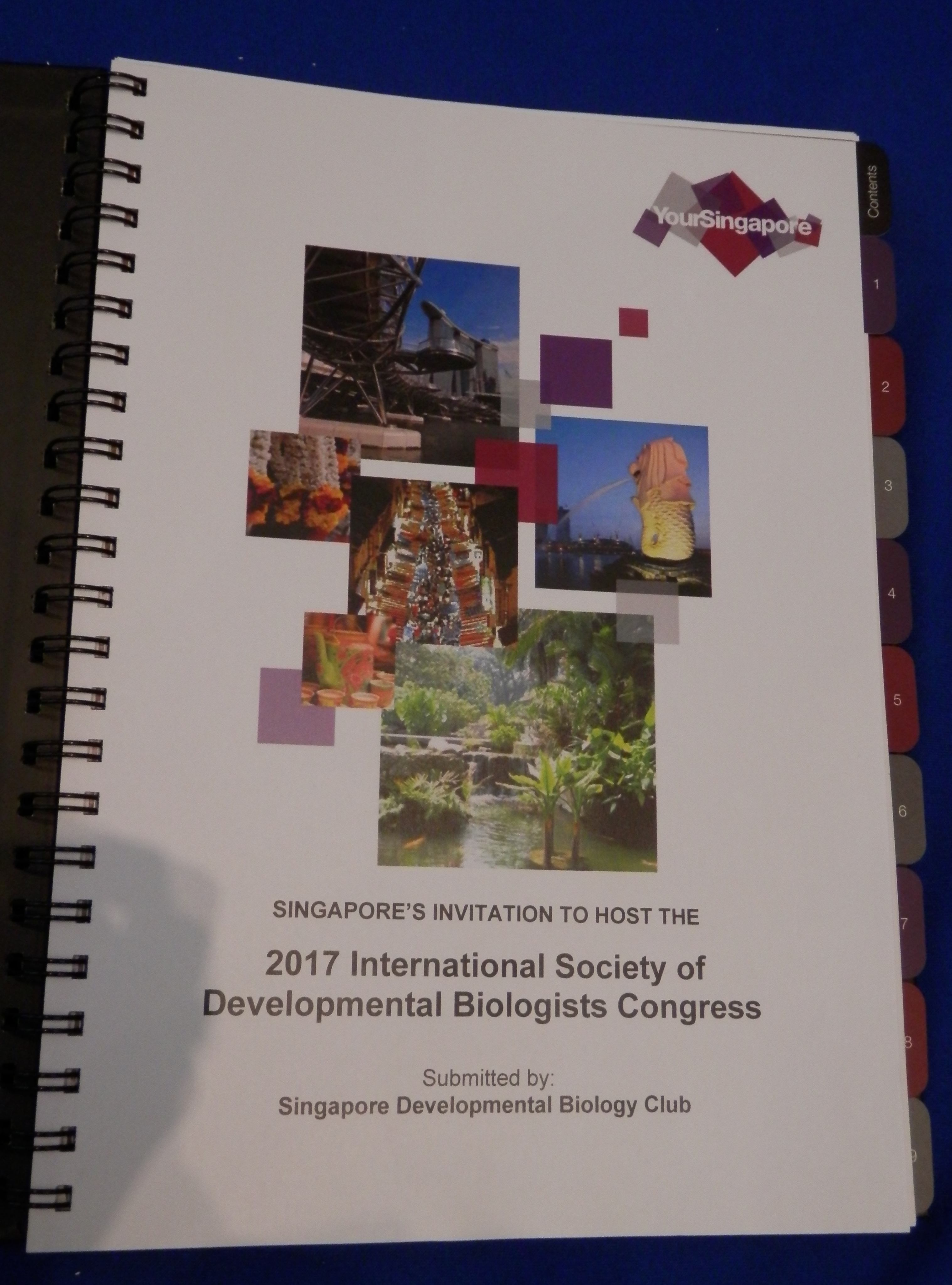 The successful Singapore bid to host the nest ISDB meeting

The Node was at the ISDB in Cancun, and we posted daily reports. In addition to this post you can read the report of day 1, day 2, day 3 and day 4.